This week Guns & Tactics visits Moscow, Russia to bring you more gun goodness as we take a look at Russia’s Kremlin Guard and the Tomb of the Unknown Soldier.

It goes without mention that the best way to get anywhere in Moscow is to utilize the city’s metro system. While there are a few new trains now, the majority of these trains are very old and noisy, but extremely efficient and fast. Trains tend to run at least every minute or two. The Metro has been in operation since May of 1935 with different lines and stations being commissioned throughout the country’s changing leaderships. Many of the stations are commemorative museums that share history, inspiration and sculpture that prompts one to ponder the history of this great place.

We finally arrive in the area near Red Square and make our way to the Kremlin Wall. There are lot’s of people all year round here, so be sure to exercise your personal awareness skills just like you would if you were taking a walk in New York or any other big city. The street leading up to the grand entrance is filled with vendors, souvenir shops and street performers. Wind can be brisk in the winter while roaming Red Square, so be sure to bring your best fleece scarf or something to keep you warm. There is plenty to do and see, so you should plan a about a half day or more of time to explore.

Another note worth mentioning… if you make it in time for the changing of the guards at the Eternal Flame, watch out not only for the soldiers who are changing guard, but also for the patrol soldier who cruises the outside space just in front of the monument area. They tend to keep folks back a few feet from the monument and if you’re not paying attention you’ll probably get a stiff arm to the chest to let you know you’re too close. That being said, these guys are professional soldiers and they’re a real treat to observe.

About the Tomb of the Unknown Soldier

The Tomb of the Unknown Soldier is a war memorial, dedicated to the Soviet soldiers killed during World War II. It’s located at the Kremlin Wall in the Alexander Garden in Moscow, Russia.

The remains of unknown soldiers killed in the Battle of Moscow in 1941 were buried in a mass grave at the 41st km of the Leningrad highway at the city of Zelenograd. These remains were relocated to the Kremlin Wall in December, 1966 to commemorate the 25th anniversary of the battle and unveiled to the public on May 8, 1967. 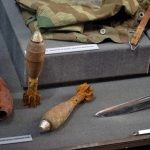 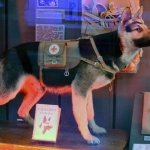 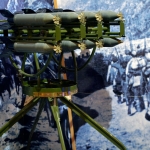 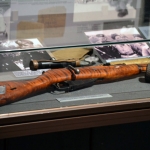 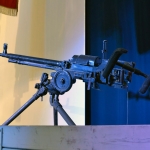 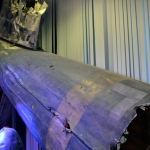 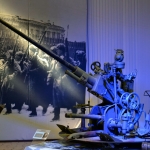 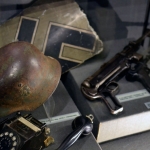 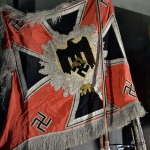 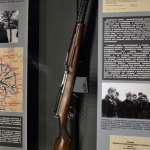 In front of the monument there is a five-pointed star in a square field of labradorite, which illuminates with the Eternal Flame from it’s center. A bronze inscription translates the message, “Your name is unknown, your deed is immortal.” The torch for the memorial’s Eternal Flame was transported from Leningrad, where it had been lit from the Eternal Flame at the Field of Mars.

To the left of the tomb is a granite wall with an inlay reading “1941 – To Those Who Have Fallen For The Motherland – 1945.” Lining the walkway on the right side of the tomb are dark red porphyry blocks with incapsulated soils from hero cities. To the right of these monuments visitors will see the monument listing the names of 33 “Cities of Military Glory” divided into groups of four, dedicated on May 8, 2010.

A Guard of Honor of the Kremlin Regiment (which had guarded the Lenin Mausoleum) was restored at the Tomb of the Unknown Soldier by the federal law of December 8, 1997, “On Immortalizing the Soviet People’s Victory in the Great Patriotic War of 1941-1945.” There is a Changing of the Guard Ceremony which takes place every hour on the half hour.

The Kremlin Regiment, also called The Presidential Regiment, is a unique military regiment and part of the Russian Federal Protective Service with a status of special unit. The Regiment ensures the security of the Kremlin and it’s treasures. But, they also guard the highest state officials.

The SKS-45 (Self-loading Carbine, system Simonov) designed in 1945 by Sergei Gavrilovich Simonov is a Soviet semi-automatic rifle. This is the rifle carried by Kremlin Guards at the Tomb of the Unknown Soldier in Moscow. It was one of the first weapons chambered for the 7.62x39mm M43 round later used in the AK-47. The Soviet Military replaced the front-line SKS carbine with the AK-47, however the SKS remains in second-line use today as a prestigious ceremonial firearm.

The SKS has a forged, milled steel receiver and receiver cover and each is a solid piece. It features an ambidextrous trigger-guard safety similar to the one used on the M1 Garand. The SKS is outfitted with a 10-round magazine that can be quickly and easily “recharged” with the use of “stripper clips.”

When compared to the well-known AK-47, the SKS has a longer sight radius, making it easier to shoot with more accuracy. Even with it’s short magazine installed, the SKS is easier to set on a sandbag or other improvised rest for more accurate shooting.

While the AK is a lighter weapon with options for semi-automatic and full-automatic shooting, the SKS is a much more accurate weapon having earned it’s place as the smart choice for a reliable and economical center-fire semi-auto rifle.

Do you have a Russian SKS or AK-47? Leave a comment and tell us why you like it!