Imagine life as a spy. That’s what we did this past December when we visited Washington D.C. and took a tour at the International Spy Museum. Completely dedicated to the world of espionage and spies, the Spy Museum takes visitors on a fascinating journey into the people and secrets that shaped the world we live in today.

Opened on July 19, 2002, the privately owned International Spy Museum is one of the most popular museums in the city. The Spy Museum has an admission fee, but it’s well worth it. You’ll get full access to more than 600 artifacts showcased in more than 20,000 square feet of interactive exhibition space. Get ready to imagine your life as a spy.

The International Spy Museum operates under the expertise of Peter Earnest, a former CIA operative with a 36-year career. Earnest was a Clandestine Agent for more than 20 years in charge of recruiting and running agents. Cryptology Analyst David Kahn; former KGB Major General Oleg Kalugin; and former CIA Director R. James Woolsey make up the board of directors.

"The museum’s mission is to provide an educational learning experience, which provides visitors with a non-biased, global perspective on the all-but-invisible profession of spies and espionage."

The International Spy Museum’s exhibits unveil the secret history of history dating back to Greek and Roman empires. Your tour will take you into the periods of the British Empire, the American Revolutionary War, the American Civil War, World War I and II, and our favorite, the years of the Cold War.

Television and movies play-up the lifestyle of a spy with glamorous sports cars, money and beautiful women. But, the actual life of a spy is indeed contrary to that, as you’ll see in this comprehensive and intelligently engaging interactive environment.

With tickets in hand, it’s time to adopt your spy identity. Upon arrival, visitors are given 5-minutes to memorize details regarding any one of 16 spy profiles. After adopting your "cover profile" you’ll be assigned a detailed mission. You’ll be tested. Interactive kiosks and checkpoints will challenge you to prove who you are, so remember your mission details and spy identity. It’s a fun experience that really compliments this amazing tour.

If you’re in town for a while, the museum also offers other fun activities such as "Operation Spy", where visitors get to assume the role of an intelligence officer and participate in a one-hour Hollywood-style spy mission that takes them to the fictional country of Khandar where they must overcome a series of challenges that enable them to expose a top-secret arms deal involving a nuclear trigger device.

Another popular activity is the "Spy in the City" experience where visitors are given a GPS device and are tasked with finding “clues” hidden at various landmarks in the surrounding area. Your mission is to find the password for a secret weapon!

"What is a spy? There are four types: the Ninja, the Cloak, the Dagger, and the Shadow."

This is your chance to immerse yourself as a spy, "Into the Dark World", as you learn to observe, analyze, and avoid captures while adopting disguises and false identities. These are the secret agents tasked with rating the credibility of threats and enemy agents or organizations.

Learn your "Tools of the Trade", or tradecraft techniques. The tricks spies used in real-world missions to deceive and obtain information. These spies only need three things… someone to contact in case of an emergency, someone to get information from and a way to pay for information. 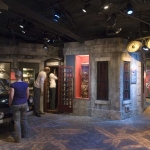 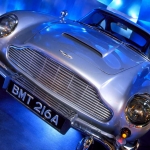 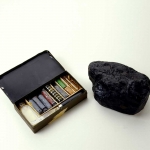 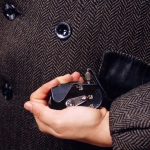 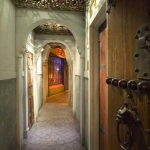 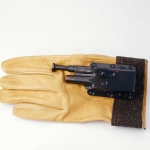 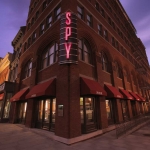 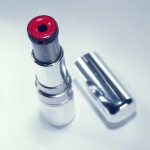 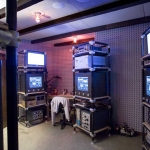 "The Secret History of History" takes you behind the walls of history, highlighting the role of human intelligence in world changing events. Espionage, deception, assassination and sabotage are the tools of intelligence for these master-level spies.

You’ll learn about women spies and how they’ve leveraged "Both a Brain and a Body" to expose and alter the turn of events since before the Civil War. Lipstick guns, the kiss of death, these women will captivate museum visitors with stories of intrigue and deception.

In the section, "Red Terror", visitors will imagine life as a Russian during times of Communism, a life of fear and terror as you avoid being randomly arrested or detained for interrogation, sometimes never to be seen or heard from again.

Finally, there is the "Romance from Reality" where spies are portrayed as pop-culture icons in roles such as James Bond and shows like Get Smart and Mission Impossible. In this part of the exhibit, the museum boasts the Aston Martin DB5 spy car used by 007 in the movie Goldfinger.

Continuing the tour, you’ll journey even deeper into the heart of espionage and secrecy with access to codes and cryptology. In the exhibit "Reading the Enemy’s Mail," you’ll learn about the Enigma machine, Station X and the Wheel of Fortune tools used to break codes and read the messages of the enemy.

In World War II, the OSS and the SOE operated around the world with the participation of many different characters including movie stars and entertainers. Learn how these incredible people were actual covert operators and intelligence gatherers in the "Set Europe Ablaze!" exhibit.

Without question, one of our favorite parts of the Spy Museum tour is the "Spies of the Cold War" exhibit, where visitors get an in-depth glimpse into a life oppressed by fear of atomic war.

In "Berlin, City if Spies" visitors will imagine what it was like to live in East and West Berlin, navigating checkpoints, smuggling people and materials into and out of Berlin until November of 1990 when the Wall came down.

In the "Not Missionary Work" portion of the exhibit, visitors learn about the Lie that Wouldn’t Die, the Italian Job, Operation Bernhard, the Kennedy Conspiracy and more!

Another one of our favorites, "Spies in the Skies" really puts intelligence gathering into perspective. Stories from atop the atmosphere using state-of-the-art technology installed in the U2 spy plane and the SR-71 Blackbird are sure to impress even the most knowledgeable visitors to the museum.

Counterintelligence and disinformation fuels the "Wilderness of Mirrors" portion of the exhibit as visitors learn about inside moles and devious double agents.

In the final portion of the museum tour, visitors are submerged into today’s latest threats of nuclear proliferation, drug trafficking and international terrorism as we look at the "Ground Truth."

"The Spy Store has a lot of interesting goodies that will satisfy the inquiries of visitors of any age."

After the tour, we shopped for souvenirs in the Spy Museum Store. They had a pretty extensive collection of spy memorabilia and merchandise from games and souvenirs to t-shirts, movies and collectibles. We found several things to take back as gifts and they also had some goodies on sale too. We saw the shirts on sale at the airport as well, so if you missed the store at the museum you can still get one on the way out of town. They also have an online store.

We spent four-hours at the Spy Museum, but could have easily stayed for another four. Spend the day there if you can, we enjoyed every single minute of it! This is by far one of the coolest and most enjoyable museums we’ve ever experienced. Obviously, we think you’ll enjoy it too!

For more information about the International Spy Museum, visit the website at http://spymuseum.org or call 1-866-SPYMUSEUM.